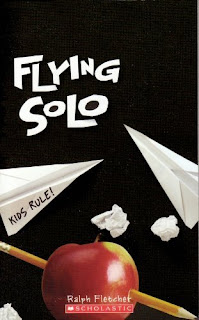 If you have already read my review on Goodreads, you would know that I promised to make this a short review, and I will try. I mean, this book was extremely short, so a short book equals a short review, right?

OK, I think that this book was actually not bad. I was leafing through some books that my little sister had bought, and I came across this one. I read the back cover, and it looked pretty good to me, so I was instantly intrigued. I think that this book only took me one day to read, though I may have started it a few days ago, and have left it there.

I hated the thing about Tommy Feathers. This does not count as a spoiler in my opinion, so...Tommy died in his sleep due to natural causes, and the fact that the author does not explain more leads me to think differently. The author makes it seem like Tommy is a normal sixth grade kid, and I actually forgot that he was held back many times, so he was a lot older. Tommy's crush on Rachel was so sweet, and I kind of get why she went into her lapse of silence. She was so mean to him! Tommy's character really made this story kind of sad and even depressing at times! Not that he is a bad kid. I think that the author did a good job of going deeper into Tommy's character, and making him seem important even when he wasn't there.

Secondly, Rachel's lapse of silence was actually starting to get on me. I mean, I totally get it, but the fact that she doesn't talk made me sort of angry. I don't know why.

This book was really intriguing and interesting. It helped to pass time, and I loved reading their flashdrafts and other writing. I also liked learning about the new characters, and their personalities and lives.

At first, I really liked Bastian, but then I saw his behavior. This context helped me come to the conclusion that not everyone is who they are in one place than as who they are in another. I have no idea if that sentence made sense, but...it sums up my feelings. I was so sad that he had to give away Barkley. Truthfully, I don't think I could have ever done that to my dog or cats. I feel like Bastian is actually really brave.

OK, enough. This was a short review (for me). Hope to see you soon!

OH, I also liked the little romances throughout the book :)

I would recommend this book to younger readers, from fifth grade on up.

Main Character: Rachel White
Sidekick(s): Bastian, Sean, Jessica, Jasmine, Vicki, etc
Villain(s): Misunderstandings, independence, etc
Realistic Fiction Elements: Anything in this book COULD happen in real life, though it does not necessarily mean it will.
2016 November 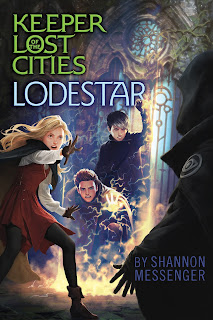